Born in Québec City, fiddler-singer-mandolinist-guitarist Claude Méthé has been a part of the traditional music world in Québec for more than forty years.

“We leave together, at dawn, like the Amériquois, to ride the current toward the interior and put a smile on the feet of the fastest dancer.”

A self-taught fiddler, his style reflects most particularly the eighteen years he lived in the region of Lotbinière, Québec, on the south side of the St-Lawrence river not far from Québec City. Today, he resides in Ste-Béatrix, Québec, in the Lanaudière region, known worldwide as the epicenter of Québec trad music.

Claude is a former founding member of the nearly legendary Le Rêve du Diable, winner of a Felix for best traditional album in 1983, and a group often credited with singlehandedly reviving public interest in traditional Québécois music. The group’s original recordings have recently been rereleased and it is interesting to note that today, a whole new generation is once again making this “discovery”-in the form of old albums (33s) by Le Rève du Diable. In addition, Claude is a former member of Joséphine (Danielle Martineau), Québec groups Manigance and Entourloupe, and Vermont group Jeter le Pont and still plays on occasion with much-loved Lanaudière group Ni Sarpe Ni Branche. He has toured with family band Dentdelion, trio Mil, and is currently active with Zigue, his duo with partner/musician Dana Whittle. He has performed all over Canada, in Europe and the U.S.

Claude can be heard on at least a dozen recordings, including the soundtrack of Oscar-winning film “CRAC” by Frédéric Back. Claude’s impressive repertoire of traditional songs contains gems from Manitoba, Ontario, Québec and the maritimes, sung in a voice both textured and sentimental. 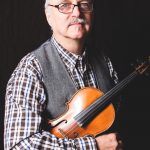 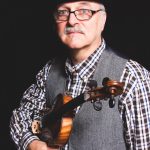 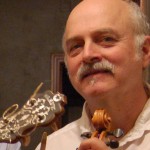 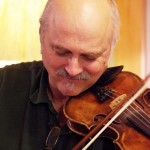 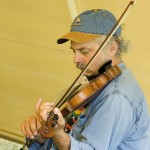